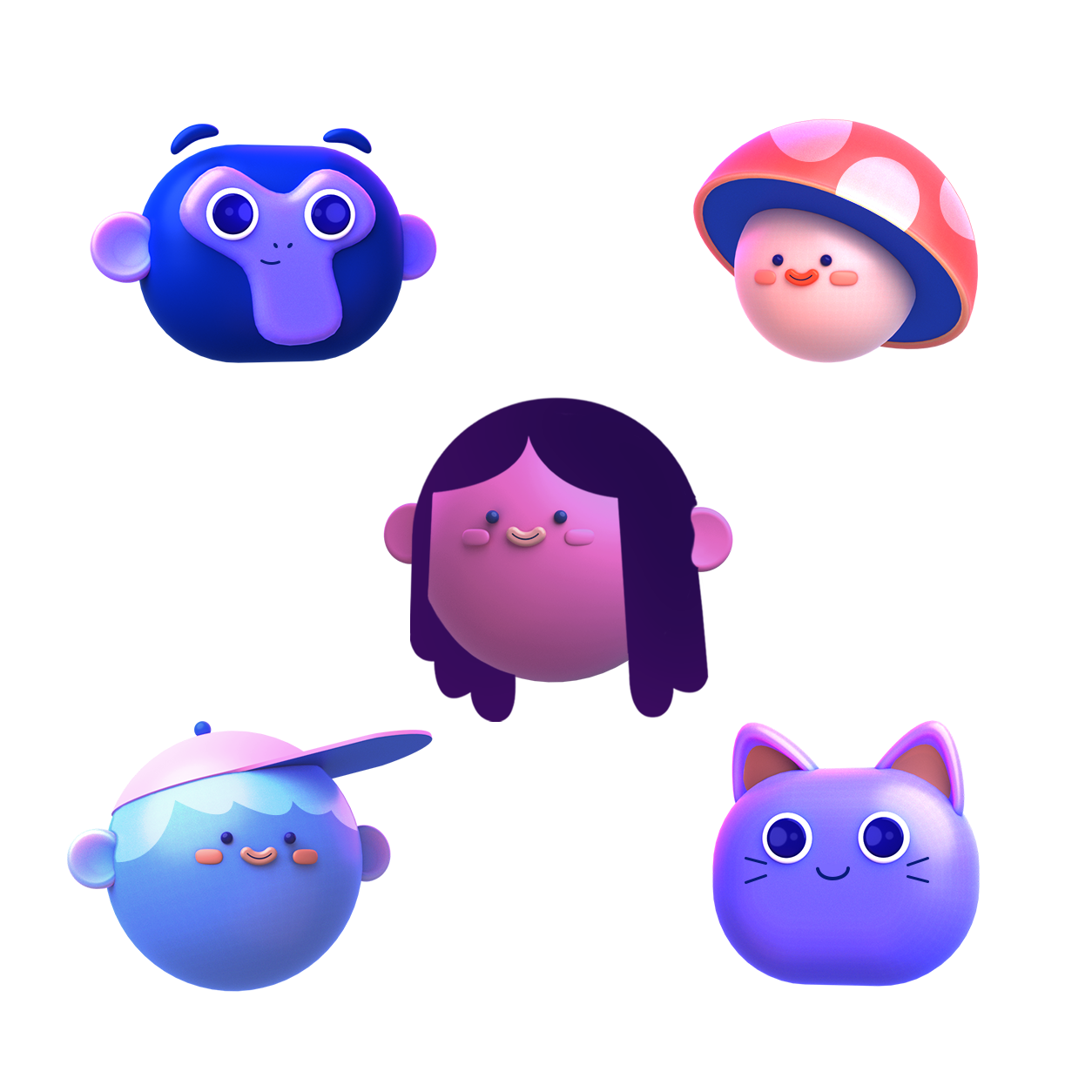 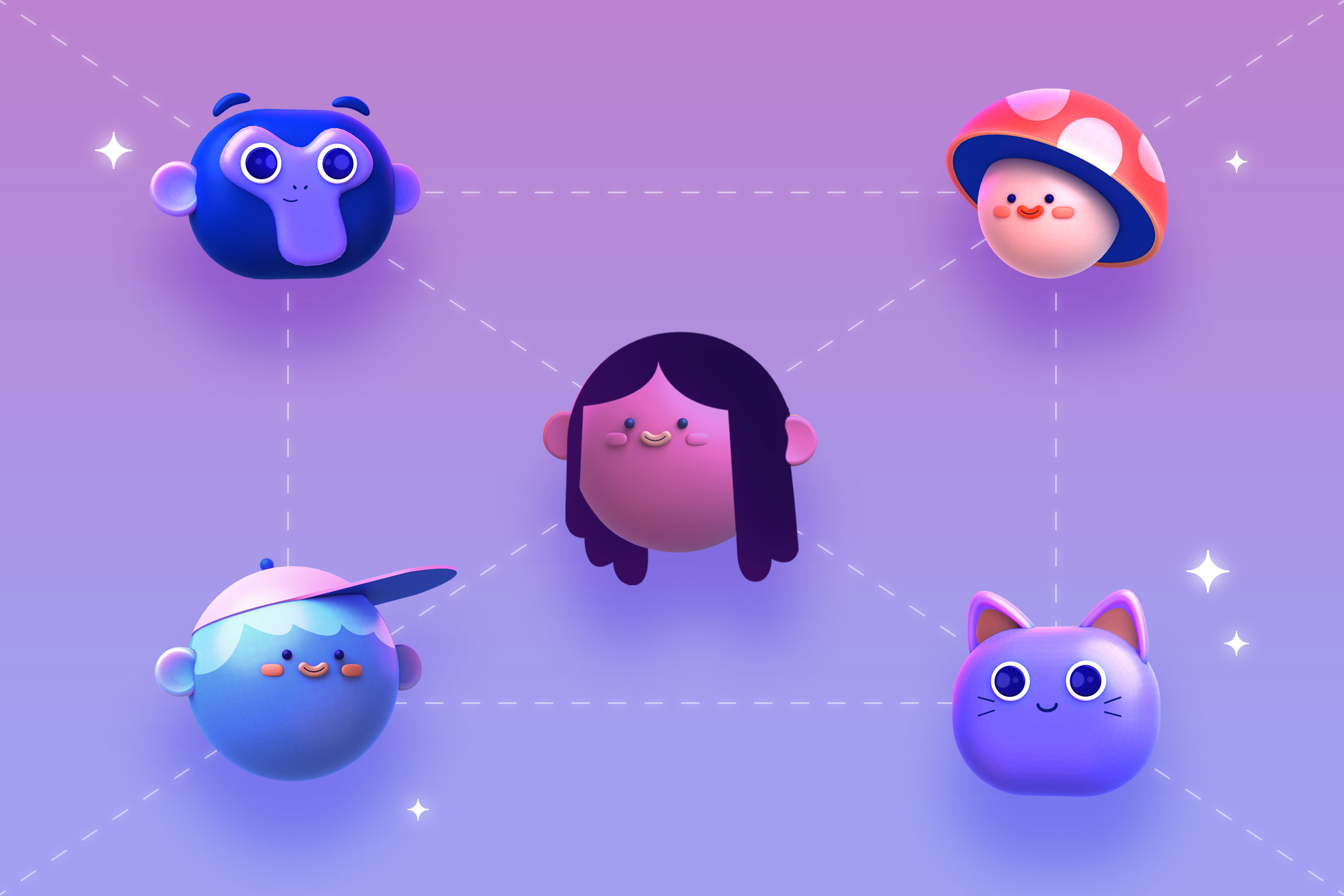 A DAO, which stands for “Decentralized Autonomous Organization,” is an entity used for coordinating groups of individuals without a central governing authority. They can have a variety of purposes, like helping groups collect NFTs, organizing social groups, and helping groups find consensus via decentralized decision-making. While sometimes DAOs have representatives, they make decisions by voting, using a bottom-up rather than a top-down approach to decision-making. This method, in conjunction with their use of smart contracts, allows them to be decentralized, transparent, and (ideally) more fair and equitable.

You can think of a DAO like a club. They are usually formed by like-minded or goal-oriented individuals who team up to achieve something they can’t do alone. That goal can be anything from fighting climate change to making large purchases to sharing knowledge.

Proponents of DAOs assert that they make organizations more fair and equitable because they’re not governed by a centralized authority or a C-suite of executives. Instead, they give power to their members through voting and use blockchain technology to make decisions transparent and immutable.

DAOs can differ in their structures and implementation, and in this article, we’re focusing on typical or common implementations. With that in mind, DAOs often use tokens to verify membership and facilitate voting. We’ll talk more about the mechanics of token-holding below, but for now, it’s most important to understand that owning a DAO’s token allows members to verify they’re a part of the group, submit proposals, and vote on decisions. In some cases, the more tokens one owns, the more voting power one holds.

Why were DAOs formed?

Tired of hierarchical organizations making decisions without employee, member, or shareholder input, many felt it was time to recreate the organizational structure of large decision-making entities in a way that felt unbiased and egalitarian. And where better to build this than in the web3 blockchain-powered ecosystem?

Web3, in essence, puts control and ownership back in the hands of the people using it, ideally creating a more equal playing field for users with less outside control from third parties. And it’s this ethos that birthed DAOs.

In the beginning, many DAOs were formed to consolidate funds for a common goal, but that has evolved in the years since their entrance onto the scene. DAOs are now used for networking, culture, music, art, virtual world-building, fighting climate change, granting membership to IRL experiences, and more.

What’s the history of DAOs?

German computer scientist Werner Dilger coined the term “DAO” in the 1990s, according to Decentralized Autonomous Organizations: Beyond the Hype, a June 2022 whitepaper from the World Economic Forum. It was two decades later, though, that Ethereum founder Vitalik Buterin began talking publicly about them.

The first well-known DAO emerged in 2016 and was known as simply “The DAO.” Its goal was to raise money in order to collectively invest in blockchain-based projects. It successfully raised $150 million in ETH in a matter of weeks by selling tokens, showing the world how fast a project like this could gain steam. Unfortunately, shortly after, a hacker exploited The DAO’s smart contract and stole tokens from its members.

While a hack brought about the end of The DAO, it ended up paving the way for a new form of coordination going forward. Many of the lessons and ideas birthed from this moment have shaped DAOs as we know them today.

How does a DAO operate?

DAOs use smart contracts, voting, tokens, and proposals to govern themselves. Let’s break down how each of these plays a vital role in the formation and maintenance of a DAO.

Because DAOs are decentralized and don’t have a hierarchical structure, decisions are made by voting. As described above, the consensus from voting triggers the DAO’s smart contract to record the result on the blockchain immutably. Decisions like hiring or nominating decision makers into the DAO, deciding how and when to deploy DAO funds, and making other decisions that materially impact the decision-making core are made by voting.

Members within a DAO can create proposals to be voted on by token holders. The topics of these proposals could range from allocating funds, making changes to DAO rules, or the future development of the DAO’s protocols.

Once proposals are submitted, token holders vote on the outcome, oftentimes using a tool like Snapshot, and the results are recorded on the blockchain via smart contract. And that’s how the process becomes trustless and permissionless, on top of being transparent.

DAOs issue tokens to raise funds, divide ownership (and sometimes decision-making rights), coordinate members, and manage other decisions. Some DAOs use ETH, while others create their own tokens. With these tokens, members are often given voting rights that are proportional to the number of tokens they own. Different DAOs have different methods of tying privileges to tokens. For example, while some rely on the one token = one vote model, others grant additional voting power to those who stake their tokens in an escrow smart contract. DAOs will often pay contributing members in the DAOs native token, leveraging their treasury as a mechanism for compensation.

Anytime tokens are spent or distributed from a DAOs treasury, this record lives on chain, meaning anybody can see the cash flow in and out, creating a fully transparent record for anyone to monitor.

DAOs are decentralized bodies governed by a group of individuals. This structure is made possible by smart contracts, which are automated computer programs that enforce their own coded rules. Smart contracts use a coded, automated system that executes on a rule once a set of criteria is met and powers NFTs, dApps, and DAOs. This is a vastly simplified explanation of a complex process that’s unique to every smart contract, but big picture, when used for DAOs, they use automated computer code to write a summary of decisions made by the group onto the blockchain.

DAOs rely on smart contracts to execute automatically when specific conditions are met, like voting. For example, if the majority of a DAO’s token holders vote yes or no on a given proposal, that yes or no vote is automatically written onto the blockchain. The smart contract aspect makes it permanent, unchangeable, and, most importantly, unable to be tampered with or altered by any one member of the group.

What is the purpose of a DAO?

The purpose of a DAO is to leverage the power of group coordination to accomplish a goal, make a purchase, or gain access to something. DAOs can be used for crowdfunding, NFT purchases, virtual world governance, managing protocols and applications, raising venture capital, or just gathering with like-minded people who share your interests to make an impact.

What are the different types of DAOs?

The DAO landscape is constantly evolving and expanding, so while we cover the most popular types of DAOs in this list, we know more will emerge and come to the forefront as time passes. Because of this, the categories outlined below may not be a comprehensive accounting of every genre of DAO, but it’s a good primer for those who are new to the concept.

Social impact or philanthropy DAOs focus on social responsibility. They organize around a shared goal of positively impacting the world through fundraising and raising awareness of causes. Examples include Earth Fund, KlimaDAO, and Big Green DAO.

Social DAOs can be used for networking, gathering people with similar interests, or creating social clubs online. Some even have elements that cross over the digital threshold into the physical world by giving members access to physical spaces or members-only events. Often, social DAOs attract creators, artists, developers, and builders of our online spaces. Entry to social DAOs can come from holding tokens, invitations, acceptance via application, or NFT ownership. Examples include Friends With Benefits, Seed Club, LinksDAO, Boys Club, Forefront, and Gen.Art.

Protocol DAOs govern decentralized dApp protocols; many of the most popular are in the DeFi arena. These protocols can be for cryptocurrency exchanges, borrowing and lending cryptocurrency, or building other decentralized applications. Examples include ENS DAO and MakerDAO (which has its own currency, Dai).

Collector DAOs are groups formed to collect NFTs and other digital items. The DAO owns the purchased item, and group members are involved in the DAO’s decision-making. Examples include FlamingoDAO and PleasrDAO.

How are DAOs connected to NFTs?

Collector DAOs are formed so members can be involved in an entity that has an interest in collecting NFTs.

Another manner in which DAOs and NFTs intersect is when NFTs are used as membership to a DAO. An example of this is Nouns DAO. This structure lets NFT projects form self-directed and self-governing communities for their NFT holders. The NFTs serve as tokens that validate membership.

NFT projects with DAOs allow their members to help build the project and propel it forward alongside its founders, which is an enticing prospect for many in web3 who crave collaborative creative partnership.

Who runs a DAO?

In most cases, no one because they are decentralized. The concept of a DAO is built on the core tenet of decentralization. In their purest form, they are self-governing entities without a hierarchy or leader, but occasionally, DAOs will delegate representatives to speak for the group on their behalf. Additionally, members of a DAO may allocate their tokens to the chosen representative, granting them voting power.

What’s the difference between a DAO and an IRL organization that votes to make changes?

The autonomous, decentralized nature of a DAO differentiates it from a regular organization. All decisions made by members of a DAO are written permanently and immutably on the blockchain, which means results cannot be tampered with, and anyone can view the organization’s decision-making history. This is in contrast to existing IRL organizations that are not beholden to the results of a vote and may not share decisions publicly.

In 2021, ConstitutionDAO raised $42M USD in an attempt to buy the US Constitution over a 7-day period, with the help of 17,437 people. While ultimately, the DAO did not make the winning bid at the Sotheby’s auction and offered refunds to members, they brought web3 to a whole new audience and broke existing crowdfunding records.

How to stay protected in web3 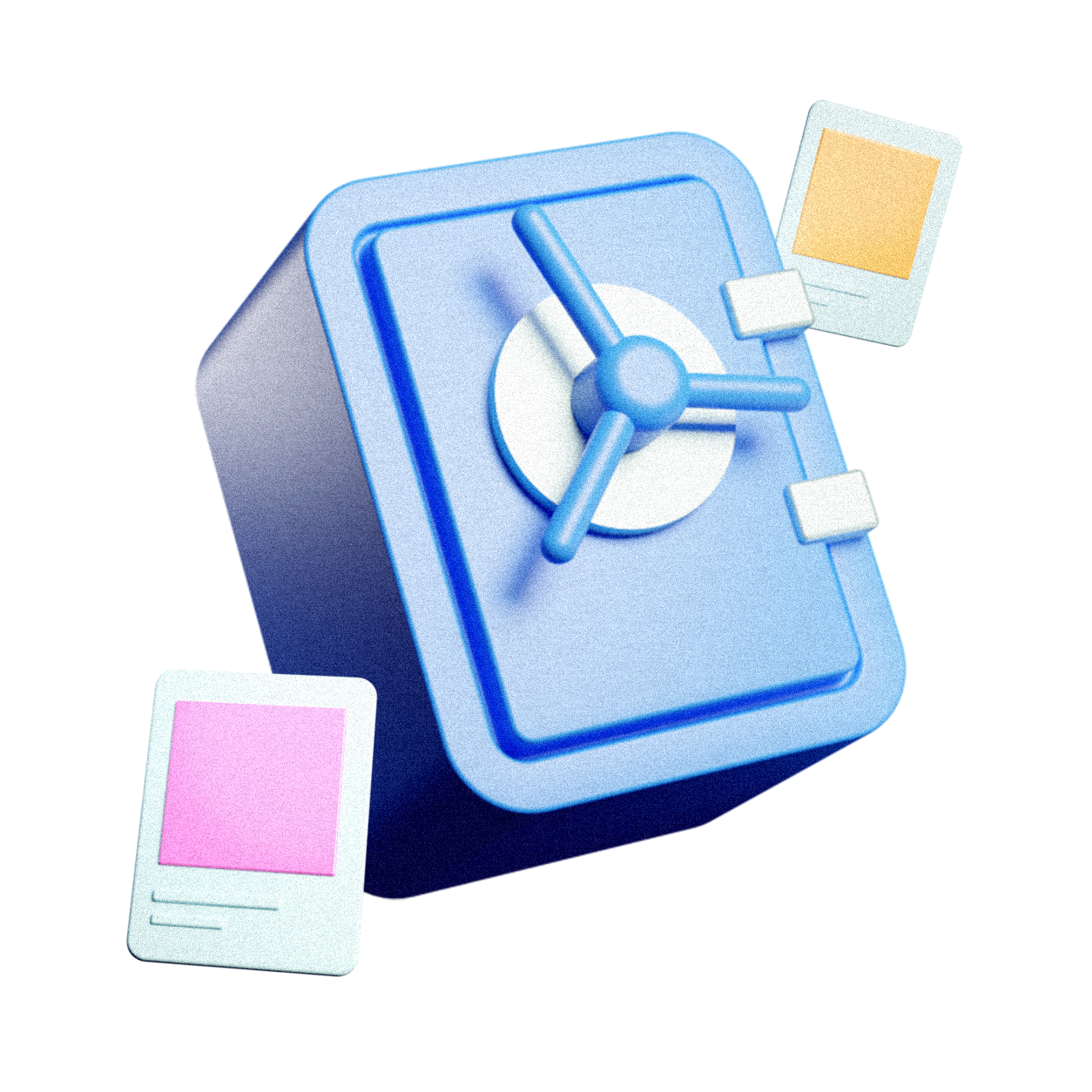 Learn more about OpenSea, web3 concepts, and how NFTs work. 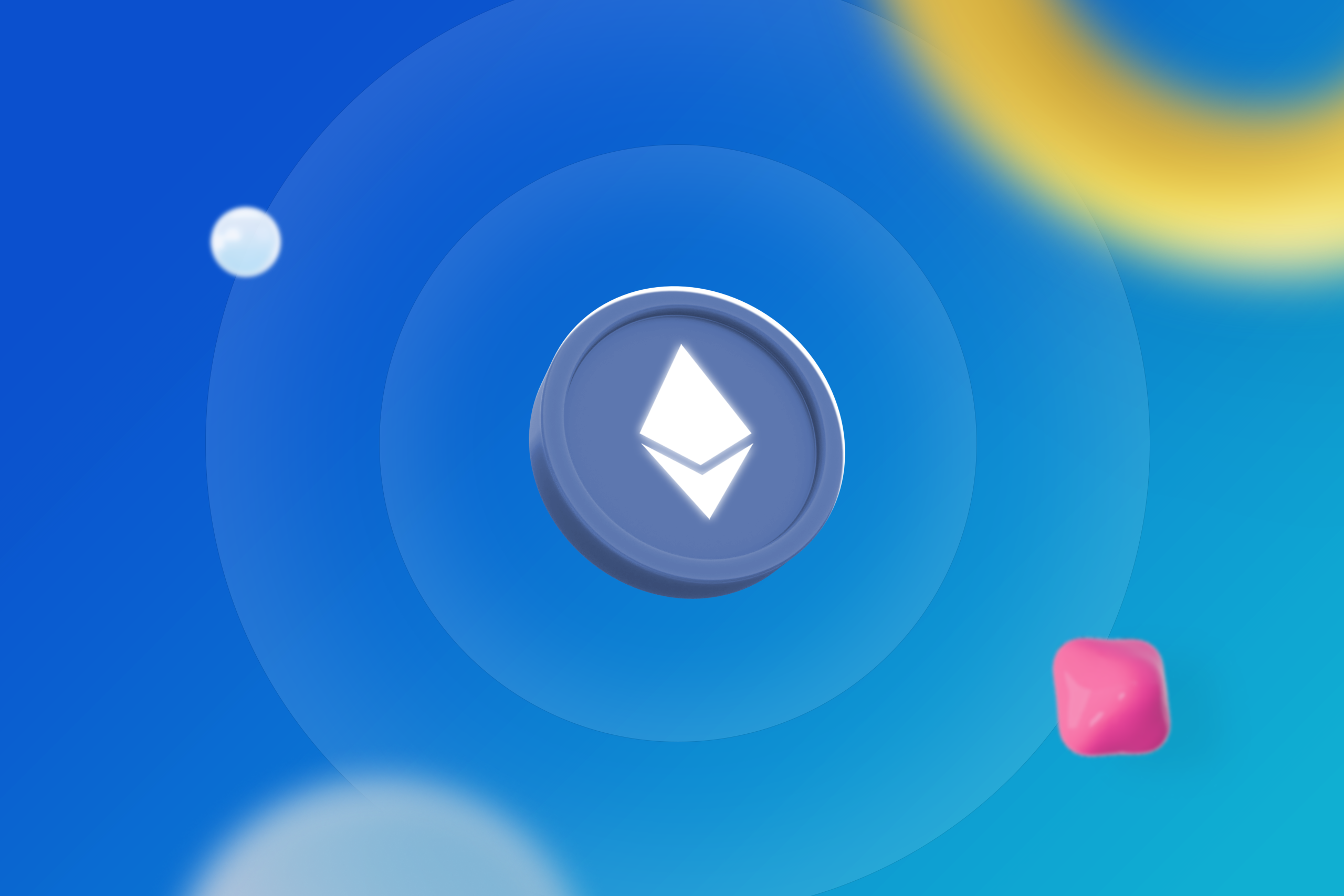 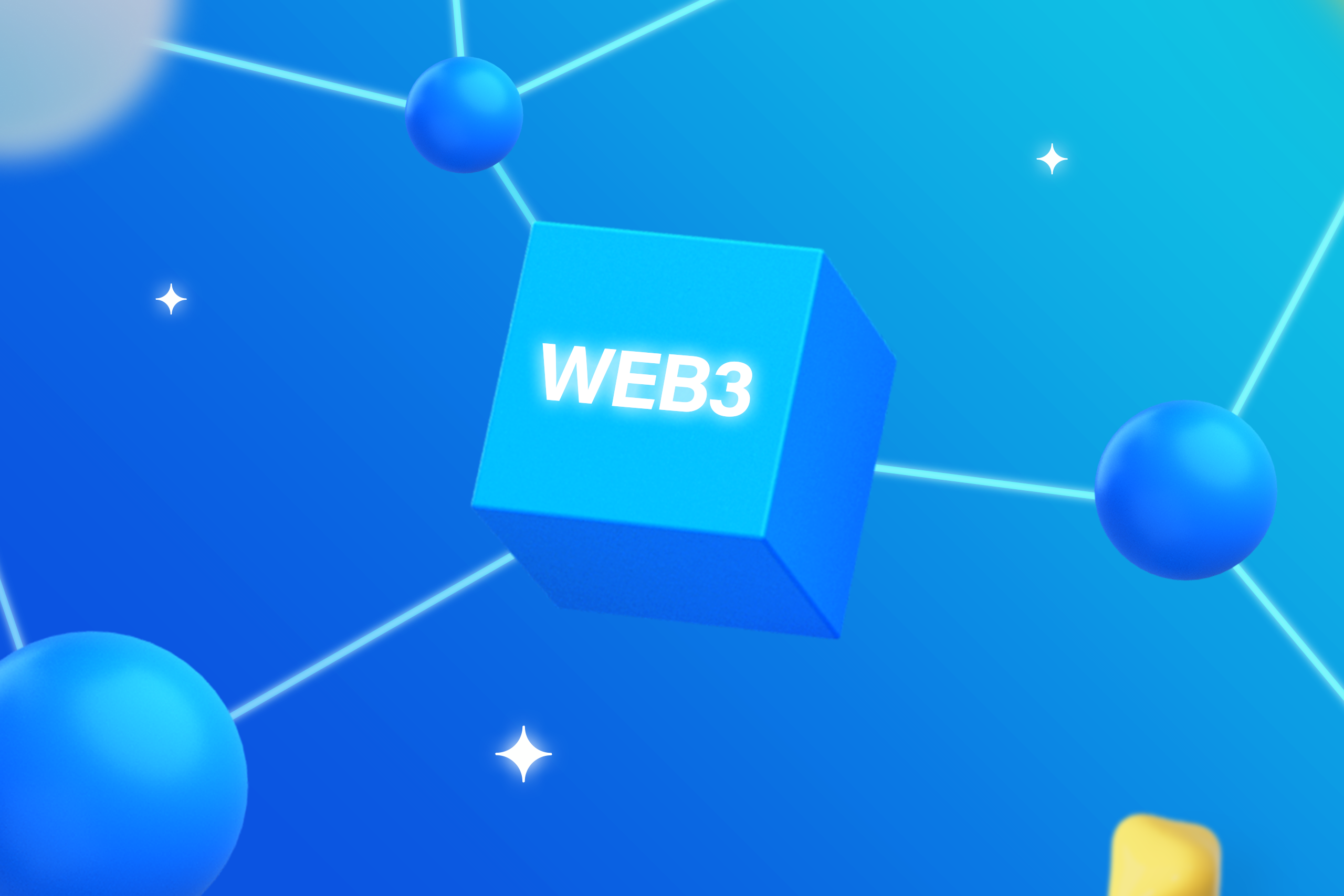 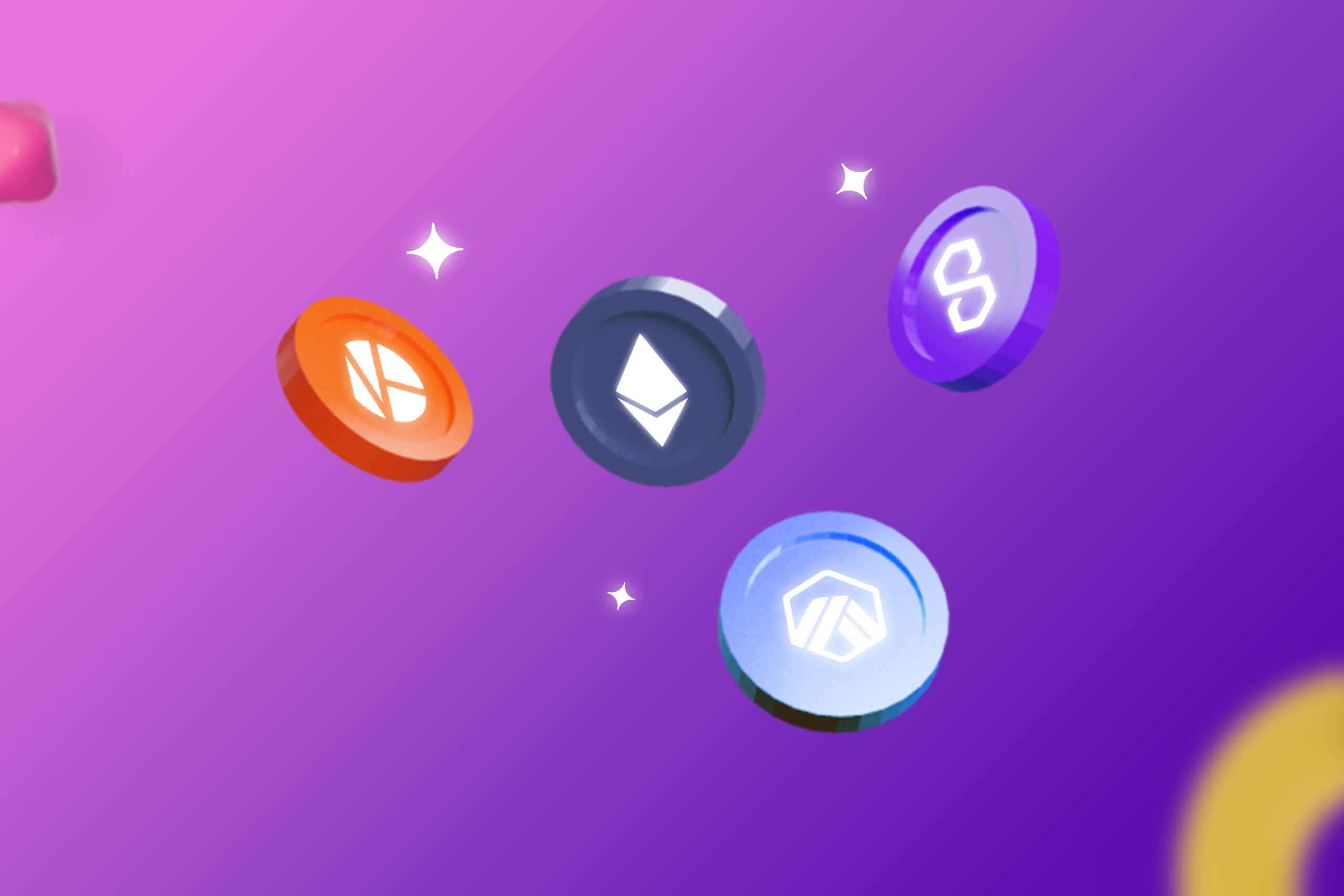 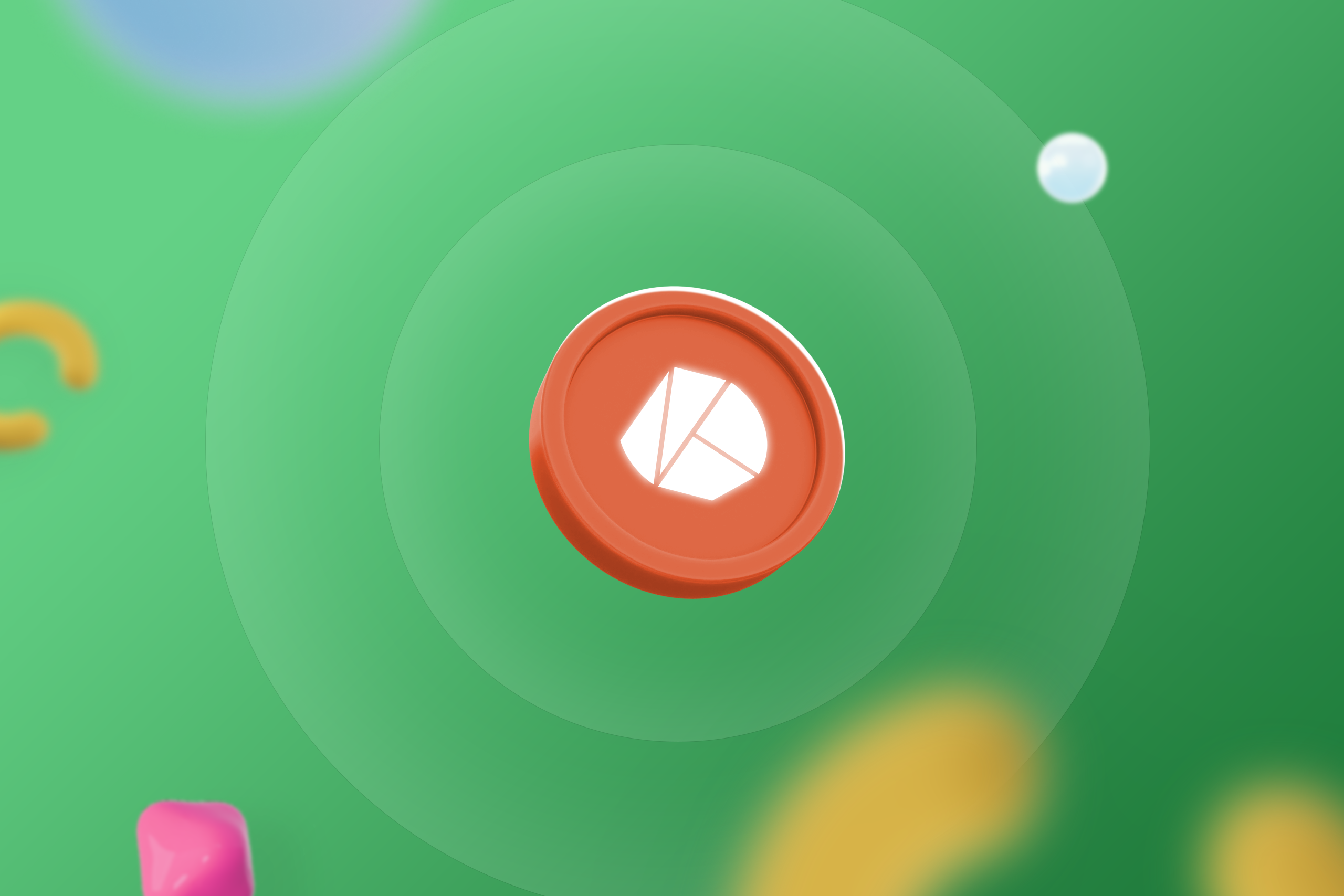 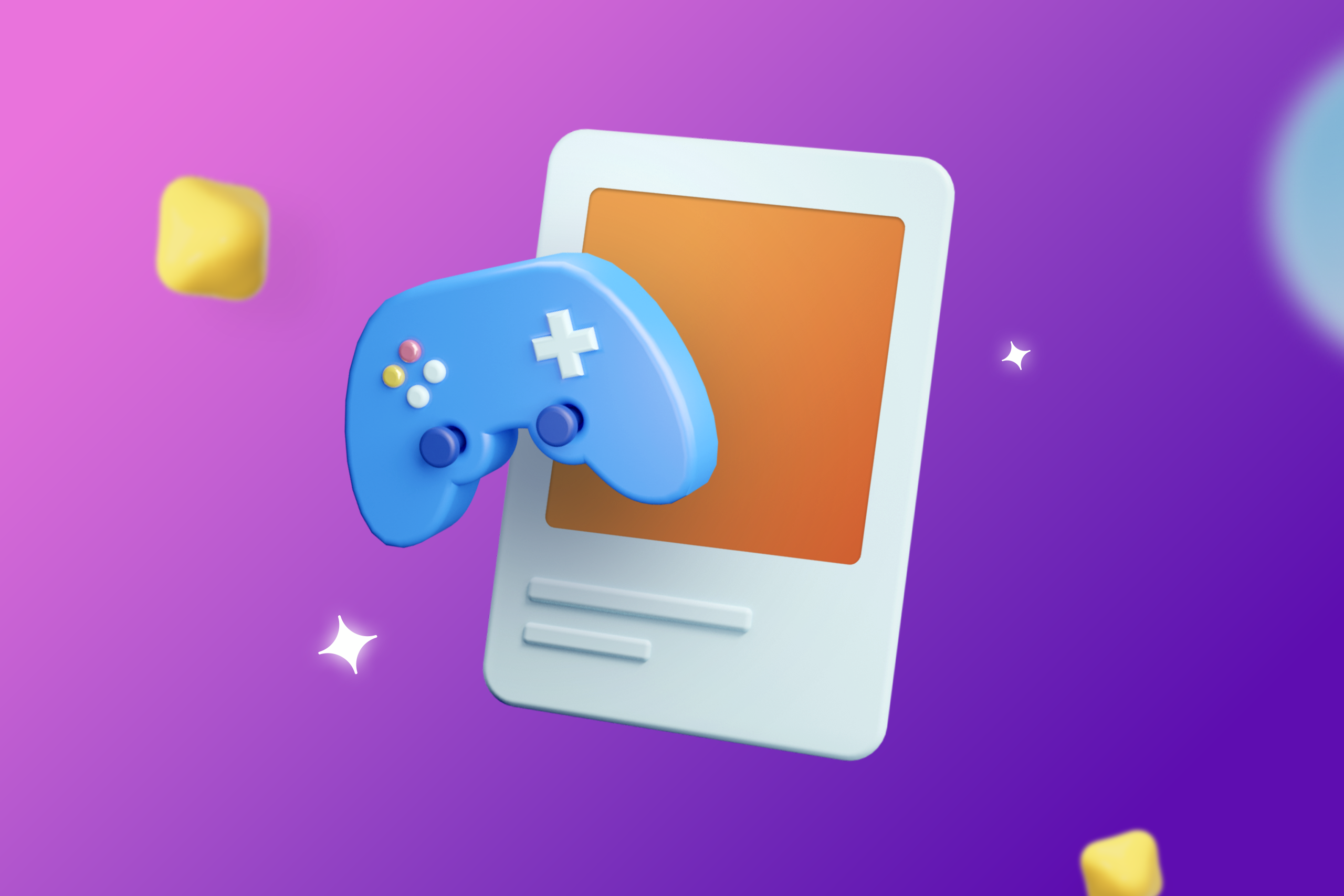 What are gaming NFTs? 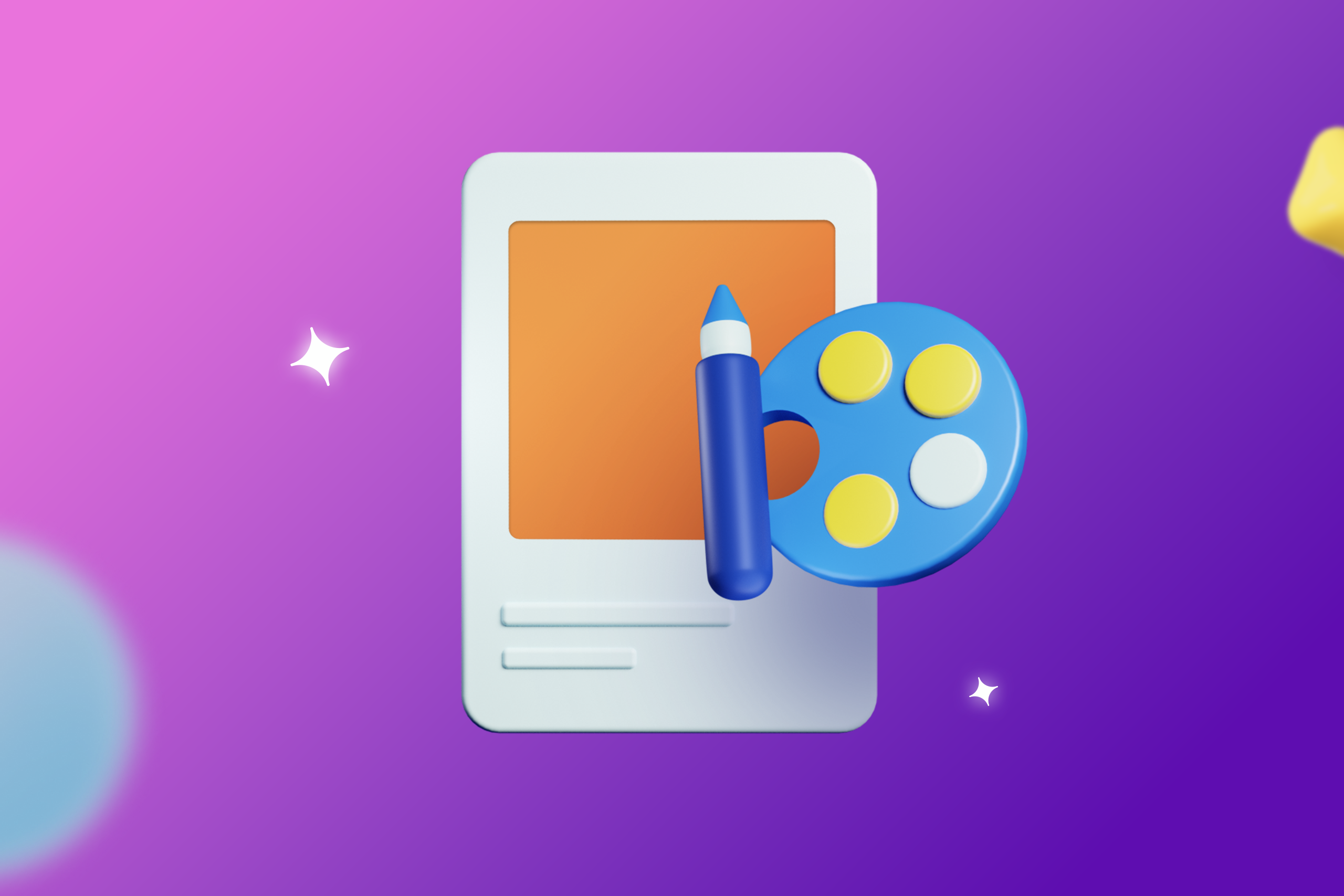 What are art NFTs? 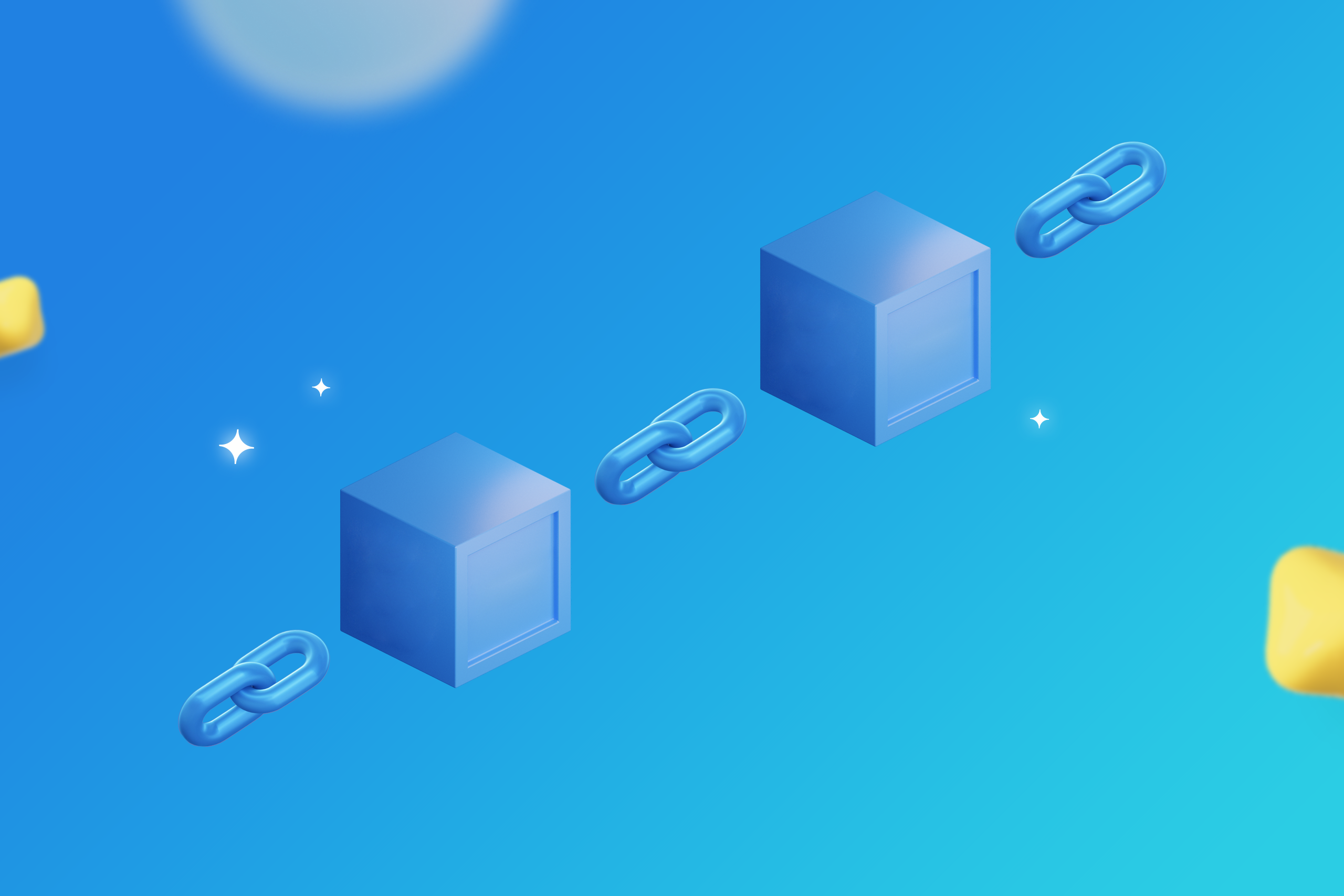 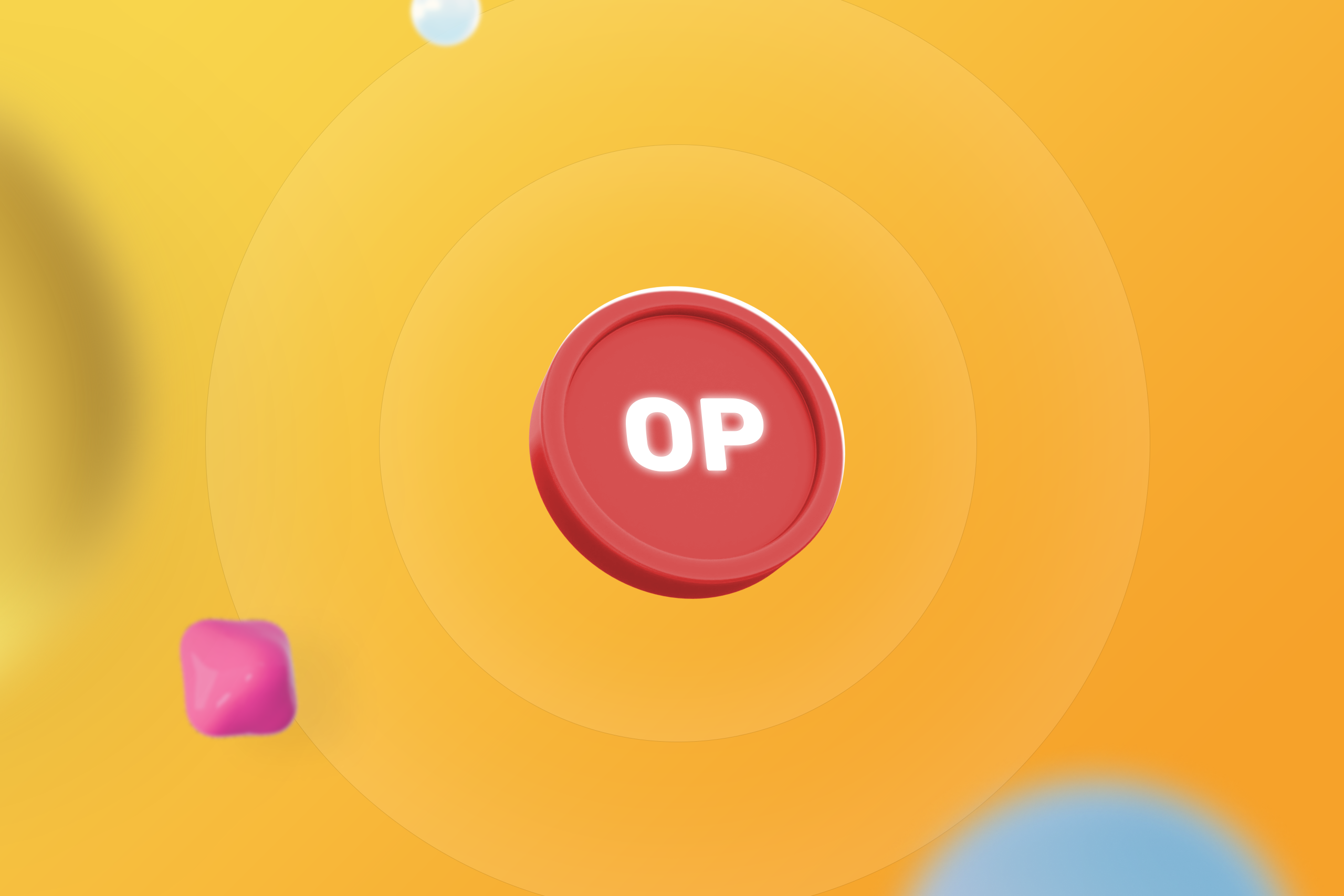 What is Optimism (OP)? 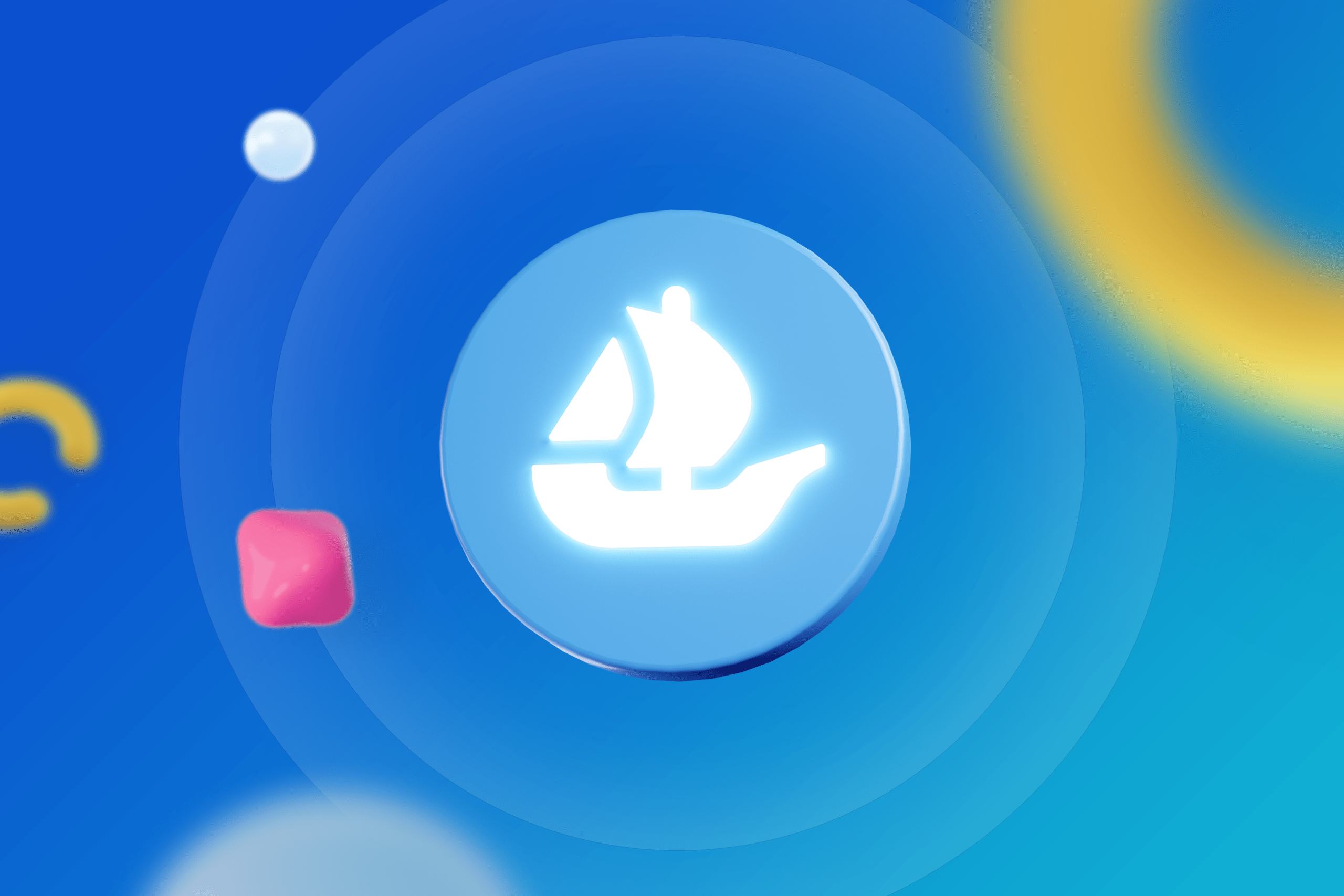